Today
Mostly sunny, with a high near 84. Light south southeast wind increasing to 11 to 16 mph in the morning. Winds could gust as high as 24 mph.
Tonight
Partly cloudy, with a low around 53. Southeast wind 6 to 10 mph.
Tuesday
A 40 percent chance of showers, mainly after 4pm. Partly sunny, with a high near 79. East wind 5 to 10 mph becoming west southwest in the afternoon. Winds could gust as high as 20 mph. New precipitation amounts of less than a tenth of an inch possible.
Weather forecast provided by weather.gov.
Search
Main Navigation

Your session will expire in 0 minutes.

The Wonderful World of Water Festival was held September 21 at Gilman Park in Pierce.  Twenty-four teams of ninth and tenth grade students from 13 schools across Northeast Nebraska descended upon the park for a day of outdoor hands on activities and a chance to via for championship honors.

The day began with registration at Gilman Park followed by the teams competing in a track of hands-on activities focusing on water quality and other water related issues.  The teams were then quizzed regarding those sessions to accumulate points for the competition.  Following the educational sessions, the teams were given one last chance to extend their point totals by participating in the Dripial Pursuit Trivia Game.  Then while the final totals were being calculated each team was given the opportunity to participate in the Wonderful World of Water special project.

The special project for this year was Water Rockets, which is, a program taught through the Jr. Academy of Sciences.  Each school was invited to build water rockets and demonstrate their knowledge of mass, velocity and engineering.  The rockets were judged on distance and creativity.  Several rockets were launched Wednesday with prizes being awarded to Allen 1 High School for Farthest Distance Traveled; Winside 1High School for Shortest Distance Traveled; and, Niobrara High School Team 2’s Batman for Most Creative Design.

Beth Walsh, Information & Education Coordinator with the Upper Elkhorn NRD, said, “The Wonderful World of Water program would not be possible without our many natural resources professionals from across the area who volunteer their time each year to share their expertise and work with students who might be interested in a career related to natural resources.  They come from a variety of agencies including:  The Natural Resources Conservation Service; UNL Cooperative Extension; Nebraska Game & Parks; Papio-Missouri River NRD; Lower Platte North NRD; and, the City of Pierce.”  The Wonderful World of Water was sponsored this year by:  the Upper Elkhorn NRD; Lower Elkhorn NRD; Lower Niobrara NRD; Lewis and Clark NRD; and NUCOR. 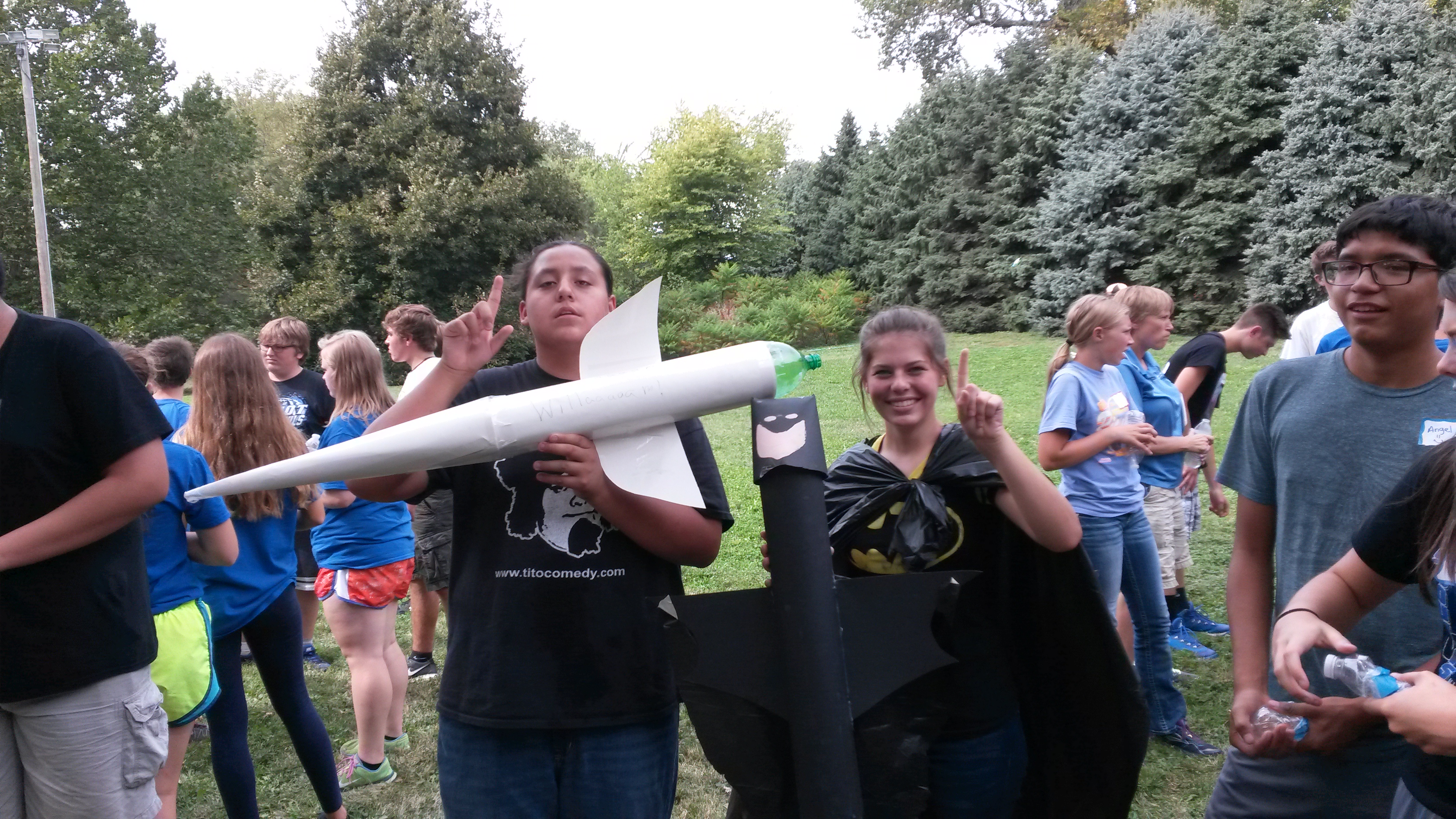