Today
Mostly sunny, with a high near 84. Light south southeast wind increasing to 11 to 16 mph in the morning. Winds could gust as high as 24 mph.
Tonight
Partly cloudy, with a low around 53. Southeast wind 6 to 10 mph.
Tuesday
A 40 percent chance of showers, mainly after 4pm. Partly sunny, with a high near 79. East wind 5 to 10 mph becoming west southwest in the afternoon. Winds could gust as high as 20 mph. New precipitation amounts of less than a tenth of an inch possible.
Weather forecast provided by weather.gov.
Search
Main Navigation 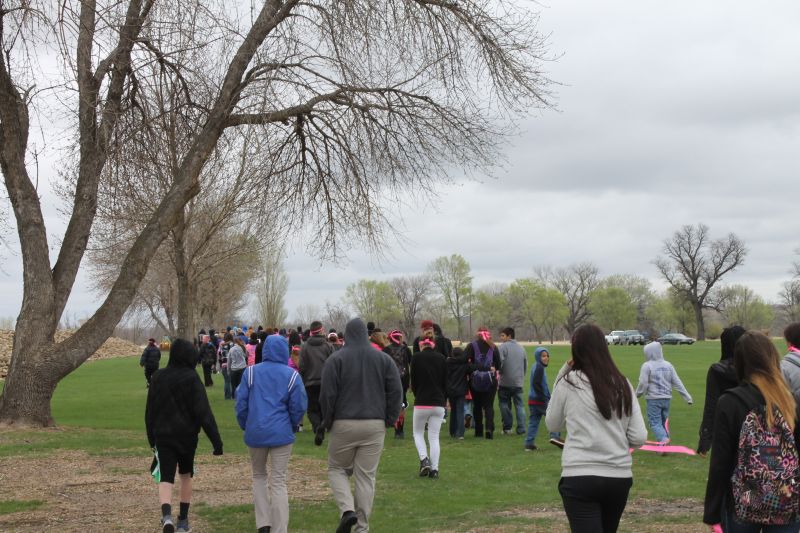 Walk for Jennifer - "Nobody fights Alone"

A walk for Mrs. Pritchett took place on Wednesday, April 30, at 3pm. K-12 plus staff and community members participated. We will be walked around the golf course "square" north of the elementary building. This was a Walk being . . .